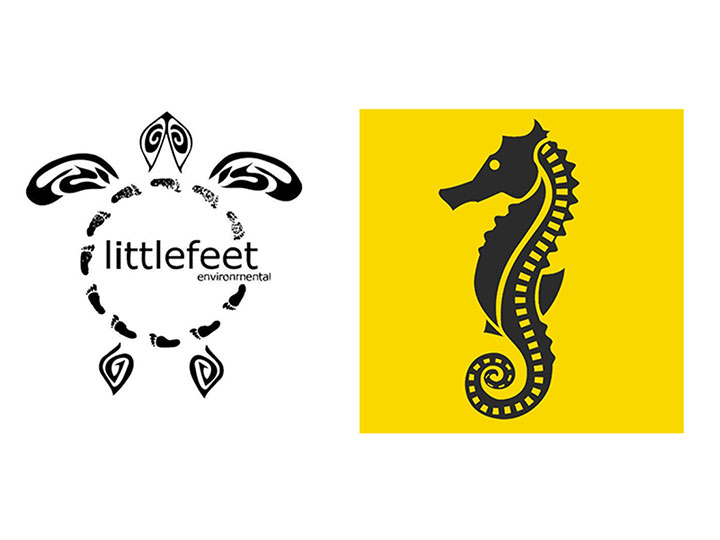 Islanders of all ages are invited to join volunteers from JT and professional athletes of the Super League Triathlon to help with theÂ  JT Beach Clean at West Park before the world-class actions gets underway.

The big JT Beach Clean will take place on Thursday 27 September from 3.30 pm. It is organised by JT in association with Little Feet Environmental and Jersey Marine Conservation, JTâs chosen charities for 2018. A team of volunteers from across all business areas of JT will be taking part. They hope Islanders of all ages will join them to help ready the area for world-wide attention.

Eight athletes who will be competing in the Super League Triathlon that weekend (29/30 September) will also be joining in. This is a great opportunity for the public to meet the professionals before their attention turns to the high-speed competition around the Harbour and Waterfront.

Christophe Chateau, JTâs Head of Culture & Employee Engagement, said: âWeâd like as many people as possible to come down to the area in front of La FrÃ©gate CafÃ© for 3.30 pm, or as soon as you can after the schools finish. The eyes of the world will be on that part of Jersey in the following days. So, we want to make sure Jersey is looking its very best. It should be a great community event, with the charities, athletes, team JT and the people of Jersey taking part.â

As the official Technology Partner of Super League Triathlon, JT is actively involved over the weekend. This includes running the free JT Fan Zone â an area above the Waterfront car park which will include live music, food and drink, childrenâs activities and a âtech zoneâ for adults and children alike to test their sporting prowess in a Virtual Reality world.

Michael DâHulst, CEO and co-founder of Super League Triathlon, said: âAt Super League Triathlon, we are passionate about being a sustainable company and reducing our impact on the world. Our athletes share this passion as they are out in nature training for so much of the year. We will be reducing the use of plastic as much as possible across the RBC Super League Jersey event, helped by JT. Come along to the JT Beach Clean and join our athletes to keeping Jersey and our oceans clean.â

The clean will be led and coordinated by Little Feet Environmental and Jersey Marine Conservation. It should last around two hours. Although the more people who turn up, the quicker the clean will be. 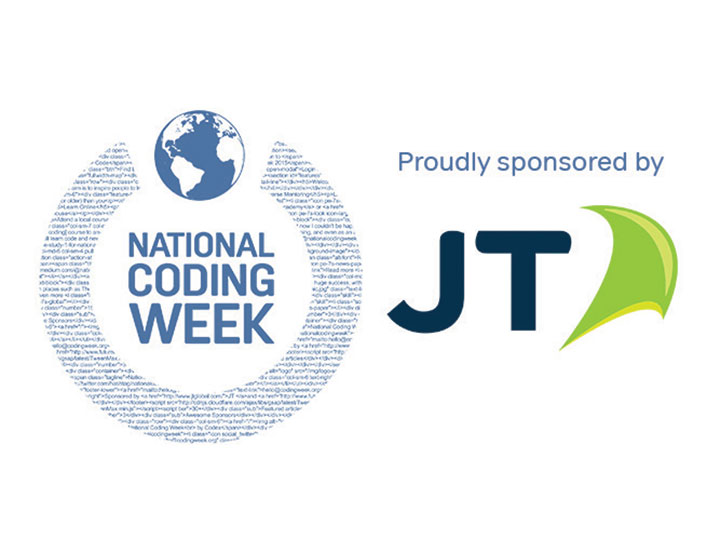 Digital excellence, innovation and inclusivity will be at the heart of the fifth National Coding Week, sponsored by JT.

This yearâs National Coding Week (NCW) takes place 17 â 23 September. It will offer a full programme of events in both Jersey and Guernsey to encourage interest in learning digital skills and provide hubs of activity that highlight inclusivity, social contribution and innovation.

Jersey-based NCW Head of Strategy Jonathan Channing said that the 2018 programme of events demonstrates the relevance of digital knowledge in all sectors of our community.

The week kicks off with a JT hosted launch event at the Digital Hub on 17 September.Â  This will look at the opportunities presented by new technologies and will also help people understand how to protect themselves from online threats. At the event the NCW team will also demonstrate an augmented reality T-shirt and app. The T-shirt uses computer generated content to show the inside of the human body.

âThe events we have lined up this year are a genuinely exciting mix. They really do show the scope of digital innovation. They show the ways in which it is now embedded in so many areas of our lives. There are a range of events in both Jersey and Guernsey that will showcase the extent of digital innovation within our communities. There will also be many opportunities to join digital networking and leadership events in both islands,â said Mr Channing.

Mr Channing said that he was delighted that NCWâs work had recently been endorsed by the National Cyber Security Centre. This provides advice for the public and private sector in how to avoid computer security threats. Therefore, they help to make people aware of the need to be secure online and looking for ways to balance this with accessibility.

Dr Ian Levy, Technical Director for the National Cyber Security Centre said: âNational Coding Week is a great reason to try your hand at coding but take the time to learn about writing secure code as well. Itâs even more fun! This week, whether youâre a beginner or pro, I challenge you to learn one new technique to make your code safer. Safer code means a safer UK.â

Jersey Library and Digital Jersey will be the centres of activity in Jersey. Whereas, Digital Greenhouse plays host to a variety of events in Guernsey throughout the week.

Tamara OâBrien, JTâs Head of Customer Experience, said: âItâs inspiring to see how National Coding Week has continued to grow. This is down to the passion and energy of the organisers and their commitment to promoting digital learning and skills for people of all ages and abilities. We have been involved for 5 years providing sponsorship. One of the reasons that weâre very happy to support NCW is because it is centred around the concept of accessible technology. Therefore, helping people in our communities to adapt to new changes in the digital world. Their events are inclusive and open to all provided in relaxed environment which Iâve seen first-hand the benefits of.Â  They help people of all ages grow in confidence and adapt to the opportunities of the digital world.â

NCW was the brainchild of Islanders Richard Rolfe and Jordan Love. Over the past five years, it has spread globally with events now being held as far away as the US and Australia.

Guides which explain how to get involved in NCW, case studies and the full programme of events are available on the NCW website https://codingweek.org

For further information please contact Julien Morel at Direct Input on +44 (0)1534 735253 or at julien@directinput.je

JT event launches National Coding Week, with a free lunchtime event:Â Opportunities and Threats in our Digital World.
Register for the event here. 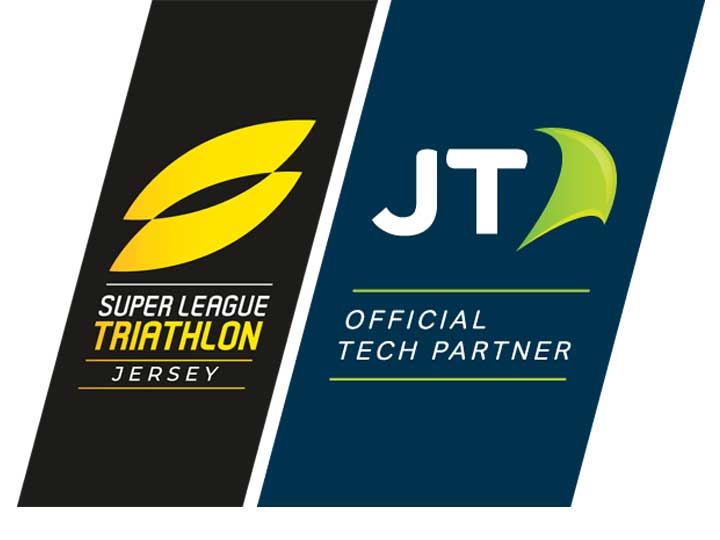 A free âVirtual Reality Tech Zoneâ â including VR headsets for children, mixed-reality gaming and a triathlon experience that allows you to take on the professionals â will form part of the new JT Fan Zone at next monthâs RBC Super League Jersey event.

JT â the official Technology Partner of RBC Super League Jersey â is expanding its support this year. They’ve introduced a selection of free for all entertainment, food and games to the world-class event. Team Gravity, a virtual reality eSports team which JT also sponsors â will run the new JT Tech Zone. Having just returned from competing in the VR League World Finals in San Jose, they bring another world class experience to the weekend of fun and sport.

The JT Fan Zone will be based above the Waterfront car park over the weekend of 28 – 30 September. It will also include a stage packed with Jersey talent playing free music throughout the week, healthy food served by local caterers and an activity-filled Kids Zone.

The Power of VR

Tim McGuinness, founder of Team Gravity and Virtex Studios, a company which is the leading provider of Virtual and Augmented Reality services in the Channel Islands, said: âWeâre really excited about sharing the possibilities of VR in the JT Tech Zone. Iâm looking forward to the community getting involved.

âBoth VR and AR are growing rapidly. It is now also a very real concept in the Channel Islands thanks to the completion of JTâs full-fibre network in Jersey. Being part of the first professional VR eSports organisation in the world, Team Gravity is leading the way in a rapidly expanding industry. We can now go further thanks to JT. We would like to invite all islanders to pop by and discover the power of VR for themselves, for free, next month.â

Michal DâHulst, co-founder and CEO of SLT, said: âThe vision of Super League Triathlon is to provide fans with a world-class event experience. This VR immersion at JTâs exciting new Fan Zone will give the fans in Jersey the opportunity to get closer to the action than ever before.â

An Entertaining Weekend of Sport, Music and Fun

Graeme Millar, Chief Executive Officer of JT, said: âWe are looking forward to the RBC Super League Jersey event for its second year. We are proud to provide and support them with world-class technology to power this important event for our island. Itâs also the ideal place to celebrate the Island reaching 100% of broadband customers now connected to our full-fibre network. So, itâs fitting that we offer islanders a taste of what is now possible thanks to our network. Team Gravity is providing that, giving an exciting addition to what already promises to be an entertaining weekend of sport, music and fun for the whole family.

âThe newly created JT Fan Zone this year, will further ensure the weekend has something for everyone. There’s plenty to see and do between the sporting action. Itâs a great initiative for the island and will help bring islanders, athletes and the latest technology together in one place.â

To find out more about what’s happening in the JT Fan Zone, visit our jtglobal.com/superleague.

Super League Triathlon (SLT) is the pinnacle of the sport on the worldâs stage. It delivers game-changing formats and mixes up long and short course athletes. In a series of fast-paced events with unpredictable outcomes this culminates in the crowning of the best and most versatile male and female triathletes in the world.

Over the course of the season, the top 50 (25 male and 25 female) triathletes from around the world battle it out for the crown.Â  The title of the best all-round triathlete. There are three means by which these 50 top athletes qualify for the Championship Series. These are equally split between male and female competitors. Firstly, automatic qualification from the previous SLT season (20 places). Secondly, a wildcard qualification (10 places at one given time). And finally âGolden Ticketâ success at the SLT Qualifiers in Poznan and Penticton (20 places). Pros from all over the world can race to be in with a chance to qualify for the main Championship events.

With highly addictive content, sports fans across the globe will have unprecedented access to the races. Also they will be treated to behind the scenes content and memorable fan experiences. Whether watching from home or at one of the awe-inspiring SLT locations, the rivalries and battles for the top spots will leave fans thoroughly entertained from start to finish.

Super League Triathlon races are focused on attracting a new generation of audiences. It aims to foster and inspire future champions, promoting a healthy lifestyle for the wider community.

To find out more about Super League Triathlon, visit superleaguetriathlon.com.

Tim McGuinness is the founder and CEO of Virtex Studios, a local start-up specialising in virtual and augmented reality services. Currently based at 18-20 Dumaresq Street, the company is focused on utilising these new technologies. They encourage growth and development across many sectors.

âOpening your eyes, challenging your mind, and making the impossible, reality.â
– Virtex Studios