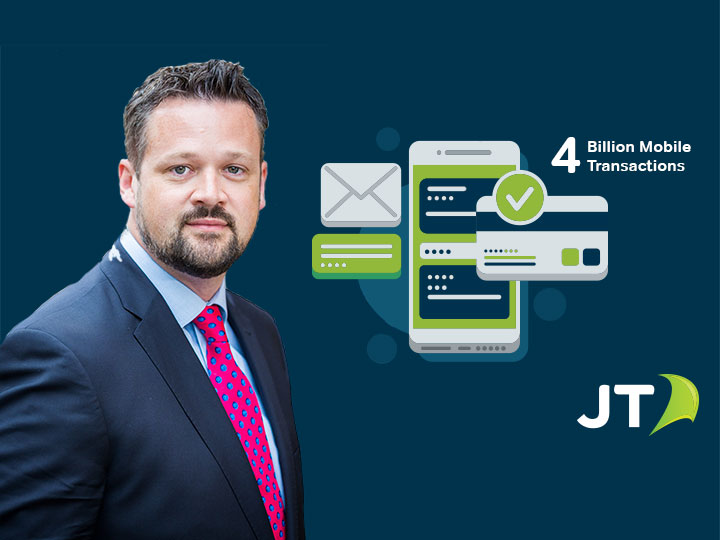 JT is now ranked among the global leaders for managing text messages on behalf of business customers having processed a record-breaking four billion mobile transactions in 2017.

The Channel Islandsâ only locally owned telecoms company has built long-term partnerships with many international mobile network operators. It has signed more than 750 roaming agreements to allow its customers to connect wherever they are in the world. Building on those networks, JT has developed products to help other operators monetise their own services. One of these is messaging for texts (SMS) and âHome Location Registersâ (HLR). This allows carriers to determine the home country and network of a mobile subscriber. JT provides portability information for routing of messages purposes. Thus, making sure that carriers send messages in the most efficient and cost-effective way.

In the Business of Messaging

Tom Noel, Managing Director of JT International, the division responsible for growing the groupâs global business, said: âJT has been in the business of messaging since its conception and has been one of the industryâs leading pioneers. Reaching four billion transactions is a significant milestone for us. It moves us closer to our goal of becoming the Operator of Operators for Messaging.

âDespite the growth of services such as WhatsApp and Snapchat, messaging remains preferred method to reach a customer. Big players like Google, Facebook and Apple all use it. It provides two-factor authentication. Chatbots are also becoming popular, especially in call-centre environments. Although some people have predicted the end of messaging, it is very much alive and well, and our growth confirms this.â

As well as messaging, JT International has also developed niche products in the areas of global roaming, fraud protection and the Internet of Things (IoT). 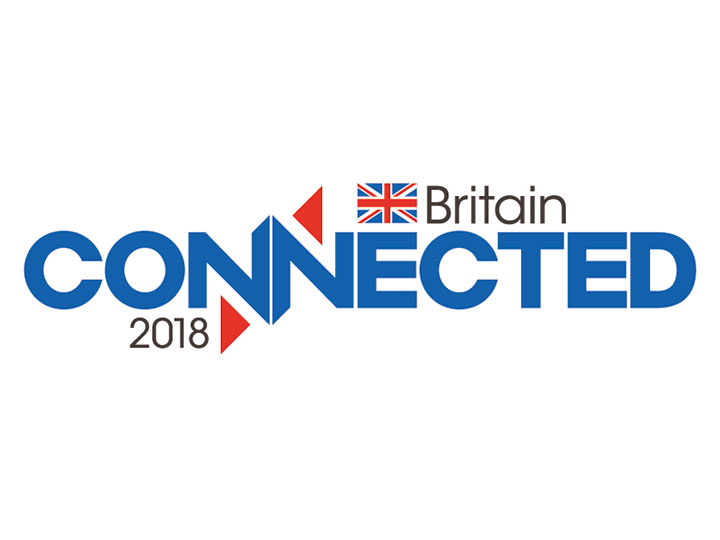 JT has been recognised at the Connected Britain Awards, announced at the end of the UKâs premier conference on communications technology this week. The Channel Islandsâ largest and only locally owned telecoms operator won the Fibre Connectivity Award for its pioneering Gigabit full-fibre network.

In winning the award, JT was recognised above some significant other shortlisted organisations involved in fibre technology. This included Digital Scotland, Gigaclear and Grosvenor Group.

The organisers, Total Telecom, described this win as:

This was another tightly contested category, and one that carried a good deal of prestige, given the UK’s renewed focus on fibre networks. JT Group claimed victory in this category with their ambitious project on the island of Jersey (more information here).

This award is timely as this year Jersey will become the worldâs first full-fibre jurisdiction.Â  Every residential and business broadband customer will be directly connected to a network that offers unrivalled internet upload and download speeds. The judges praised JTâs foresight. They also commended the way the project was managed and delivered.

JT Chief Executive Officer Graeme Millar, who accepted the award in London, said: âWeâre clearly delighted that our Gigabit project has been singled out at such a prestigious event. Choosing to replace our copper network with a full-fibre one back in 2012 was a bold decision to make. Weâve always known that it was the right one, though. Itâs obviously pleasing to now receive national recognition for our efforts. JT started the journey of rolling out our network years in advance of the point at which it would be required. Therefore, weâre now at a place where many other jurisdictions want to be.

âWeâve laid over 3,000 km of individual fibre-optic cable to almost 40,000 homes and 5,000 businesses. Hence, 100 per cent of broadband customers are to be connected to full-fibre. Jersey will have the highest fibre-to-the-home penetration in the world. That is something the whole Island can be proud of.

âOur success at the Connected Britain Awards is down to the cumulative effort of a huge team of people. Therefore, I would like to publicly thank my colleagues and all our stakeholders for their enduring hard work and support. As well as the support of our customers, whose needs were central to the vision of this project.â 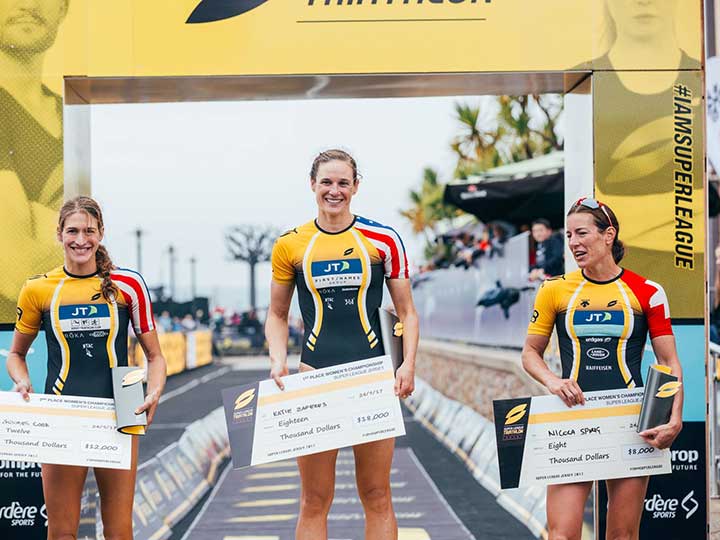 JT â the official Technology Partner of Septemberâs Super League Triathlon in Jersey is expanding its support this year to bring a wide selection of entertainment, food and games to the world-class event; for local islanders and visitors alike.

Building on the huge success last year when JT provided technical support, mobile communications and full-fibre internet access to the broadcast team and race organisers. JT are helping make the weekend of 28-30 September even more of a community event. The FREE JT Fan Zone will be based on the lawn above the Waterfront car park and will include three days of free music, catering from Jersey suppliers, a Tech Zone with games to play, and an activity-filled Kidsâ Zone, all free for islanders to enjoy.

The weekend of intense competition will be televised and streamed around the globe. Last year, it attracted a worldwide audience of 375 million people in 147 markets. The live streaming and social media coverage was possible thanks to strength of JTâs full-fibre and mobile network helping power the event. By this September, Jersey will be the first jurisdiction in the world to have every residential broadband property directly connected to fibre. This event is the ideal opportunity to celebrate that achievement.

Tamara OâBrien, Head of Customer Experience at JT, said: âA Super League needs a super-fast network to support it. Iâm delighted that JT is, once again, the official Technology Partner providing support for this exciting event. As the event grows so does our involvement. Weâre proud to be giving something back to Islanders through the new JT Fan Zone. The event is also a great occasion to showcase our 100 per cent full-fibre network to the world. Like the Super League Triathlon, it really puts Jersey on the map. As the islandâs only locally owner provider weâre very proud to be even more involved in this event.â

Super League Triathlon Chief Executive Officer Michael DâHulst said: âLast year was a great success so weâre delighted to be returning to Jersey. We want as many Islanders as possible to come down to see the action. Iâm thrilled that JT is making the weekend even more of an event for everyone.â 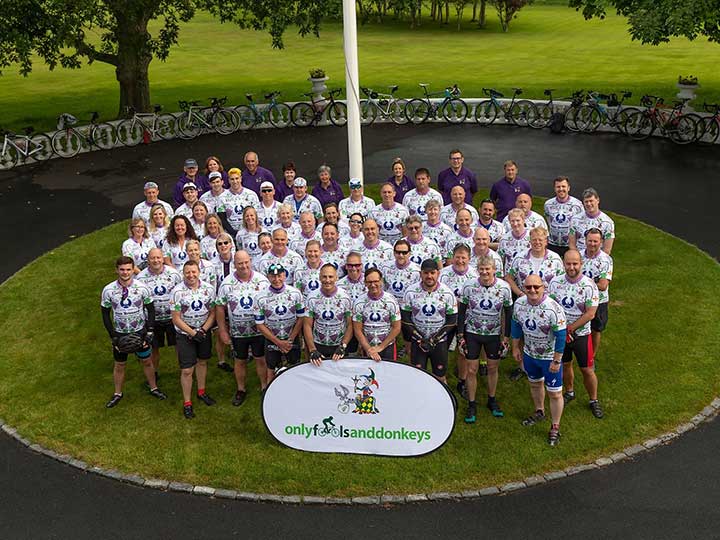 The Channel Islandsâ only locally owned telecoms operator has donated ten new JT Travel Buddy phones. These are a lightweight quad-band phone, with SIM cards. The phones will help coordinate the 53 fundraising cyclists. These cyclists have the option to ride 60, 80 or 100 miles each day over the six-day challenge, which began on Saturday.

JT is supporting the Guernsey charity Only Fools and Donkeysâ latest fundraising endeavour, âMule Loireâ. This is a cycle ride through the vineyards of France from Vannes to ChÃ¢teau Chambord, just outside OrlÃ©ans.

JT has supported the charitiesâ previous cycles in 2016 and 2014 which collectively raised Â£74,000. This was for Guernsey charities for children and adults with learning difficulties and physical disabilities. Previous recipients have included Le Rondin for their Garden of Remembrance. The Guernsey Sports Association for the Disabled to cover their team travel costs to the annual Bath and West Games has also received funding. And finally, Active to restore and maintain their hydro pool and fund their Christmas lunch for 140 people. Recently, it has funded the installation of a professional standard kitchen in The Village at Le Murier School.

Mike Marshall, co-founder of Only Fools and Donkeys said: âOnce again, weâre grateful to JT for their practical support. I remember how important the phones were in 2016. This being our biggest ride to date. They will be invaluable as we organise more than 50 cyclists. Each cyclist riding different distances over six days covering a total of 280 miles, supported by a team of ten in five vehicles.â

Tamara OâBrien, Deputy Managing Director of JT Guernsey said: âJT is delighted to be able to support another Mule ride. I hope these JT Travel Buddy phones help ensure everyone gets safely from A to B through a beautiful part of France. âChapeauâ to everyone taking part.â 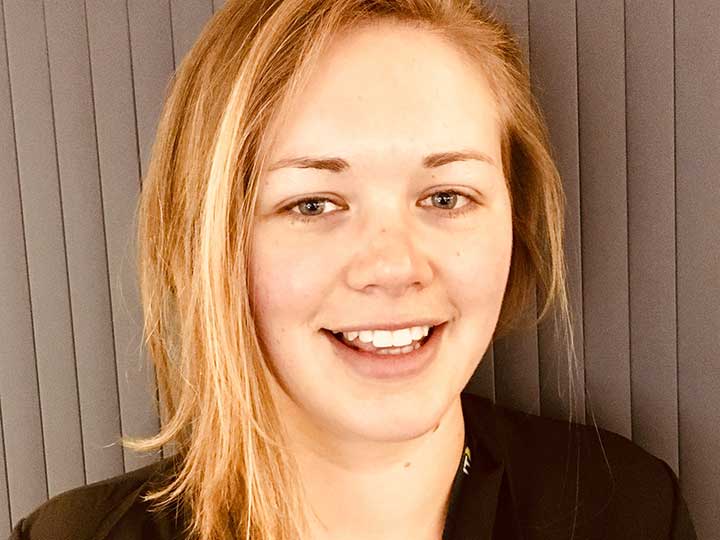 Pippa Donovan, Digital Customer Experience co-ordinator at JT, has been identified as one of the âTop 30 under 30â in her field.

The global list includes professionals from as far afield as Russia, the United States and the Philippines.

Pippa is responsible for collating all customer experience data at JT.Â  Hence, she ensures that JTâs high standards of customer service are maintained. Also she is also central in helping deliver the companyâs overall customer experience strategy. As part of JTâs dedicated Customer Experience team she helps ensure that it extends to every part of the business.

Tamara OâBrien, Head of Customer Experience at JT and a member of the CX Network, said; âPippaâs inclusion on this prestigious list is well deserved. So, we recognise her great work and commitment to helping us deliver a unified customer experience across our organisation. Therefore, we are focused on delighting our customers, from the call-centre team to the engineers on the ground, to our finance teams. Hence, as a team we represent the voice of the customer across our business helping ensure their needs are a priority in shaping the products and services we deliver. Pippa is a passionate and energetic contributor who always puts our customers first. A high level of customer care has also been an essential part of our ground-breaking project to connect every property in Jersey to our full-fibre network. This is also very near completion and will be a global first.â 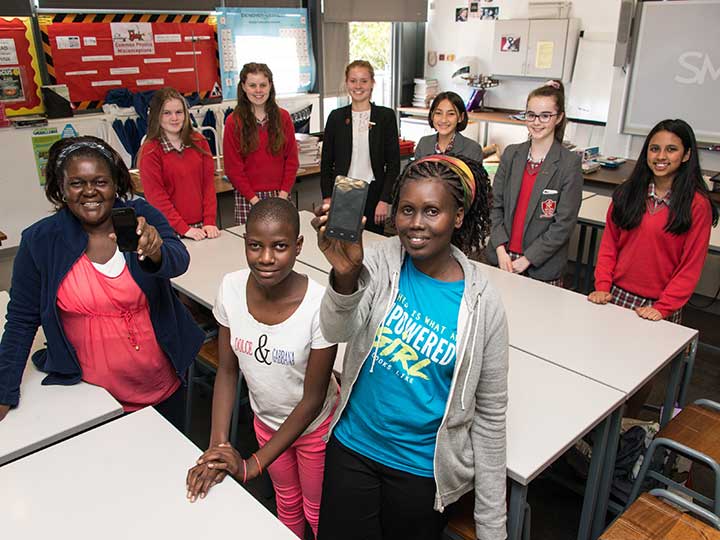 A Ugandan school has been able to capture the life-changing experience of a visit to Jersey thanks to the donation of smart phones by JT.

Christine Auma is a 14-year-old pupil at Mifumi Primary School. She recently visited Jersey with teachers Margaret Apio and Beatrice Atyang. They were guests of MPS Uganda, a Jersey charity. They have supported the school for almost two decades. MPS Uganda was named Small Charity of the Year at the last Jersey Charity of the Year Awards.

A delegation from a Ugandan primary school have been able to capture the life-changing experience of a visit to Jersey thanks to the donation of smart phones by JT.

While in the Island, the trio visited a number of primary schools and were guests at a gala dinner. This raised Â£14,000 for the charity, which supports the school in a variety of ways. Also this includes funding equipment and building work, and supplementing teachersâ salaries. Islanders have also helped to build classrooms, dormitories and offices. This was achieved through funding and more directly volunteer teams sponsored by the Jersey Overseas Aid Commission. Overall, the visit raised Â£30,000 for the charity.

JT Mobile Manager John Assister said: âWe were delighted to donate JT Smart 2 phones to MPS Uganda to make sure that the group were always contactable. This enables them to capture their special memories for prosperity. As always, JT is proud to support many good causes, and this was a great example of being able to help in a practical and impactful way.â

Matt Gorman, chairman of MPS Uganda, said: âWe wanted to make sure that Christine, Margaret and Beatrice could take photos and videos to capture their amazing visit. We originally thought of getting some disposable cameras. However, when JT donated the smart phones, we were so grateful. This meant that they could contact friends and family. I know Christine took lots of pictures with her phone. Iâm sure she will treasure those memories for a very long time.â