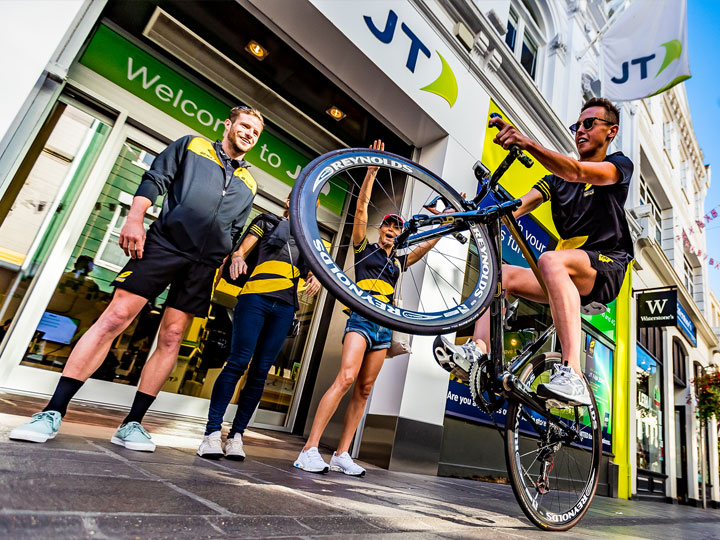 JT will power the 2019 RBC Super League Triathlon (SLT) in Jersey, returning as the Official Technology Partner for a third year.

Jersey will once again host the opening weekend of the Championship Series on the 28 â 29 September.Â Building on the huge success of previous years, JT will provide technical support, mobile communications and full-fibre internet access to the international broadcast team and race organisers.

TheÂ Island is due to welcome hundreds of competitors and spectators eager for a weekend of intense competition. The action will be live-streamed around the globe, showcasing both the sporting achievements and Jersey as an island, to a worldwide audience, expected to surpass last yearâs figure of 375 million viewers across a 48-hour period thanks to the speed and capacity of Jerseyâs full-fibre network.

Returning to Jersey for a third consecutive year, organisers are on track with their five-year plan to make the event a permanent fixture on the Islandâs events calendar. Whether you race, spectate or just soak in the atmosphere, organisers are encouraging Islanders to get behind the action and be a part of a legacy in the making.

Daragh McDermott, Director of Corporate Affairs at JT, said: âWe are delighted to support such a fantastic event, one that showcases Jersey and the community at its absolute bestÂ andÂ are excitedÂ to see the Island come to life with Super League Triathlon once again.Â At the 2018 event, Jersey celebrated the completion of our 100 per cent full-fibre network as a world first and the return of theÂ SLT reminds us all that, in more ways than one Jersey is also in a league of its own.â

Michael DâHulst, Co-founder and CEO of SLT said: âFrom the huge success of the past two years, we are thrilled to return to Jersey in 2019 and weâd like to thank JT for their continued support at this multi-national event. With the help of JTâs real can-do attitude and impressive world leading connectivity we look forward to bringing this fantastic island to the attention of millions of people around the world once again.â

During the event, more than 50 world-leading triathletes will compete for the prestigious Super League Triathlon crown, and local individuals are invited to take part in the Age Group and Corporate Team Enduro races as well as the RBC Race for the Kids.

To find out more about Super League Triathlon, visit superleaguetriathlon.com