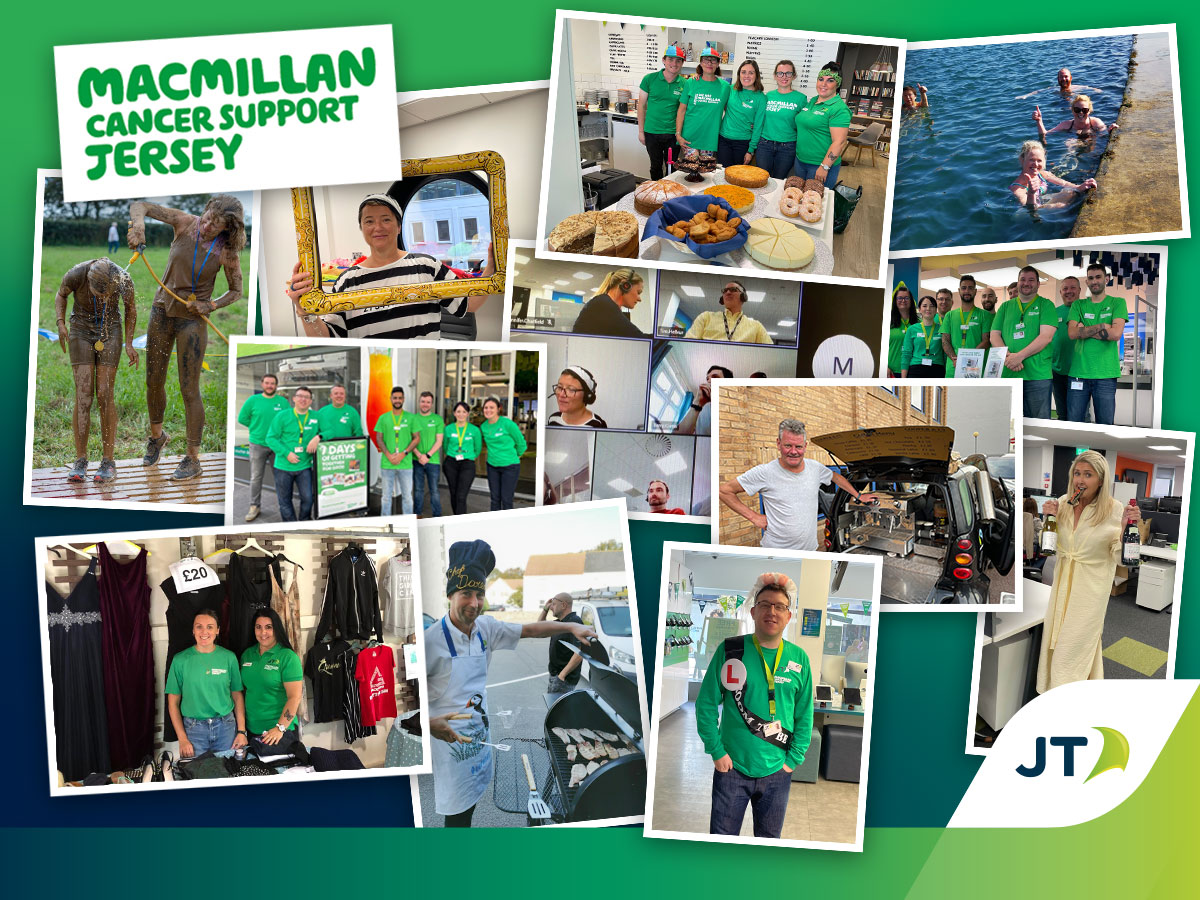 Over the past two years, JT and Macmillan Cancer Support Jersey have forged a strong relationship.

Macmillian Jersey was voted by the people of JT as their chosen charity in 2020 and 2021. It was the first time JT had extended its close working relationship with the same charity beyond one year as the JT team felt the charity deserved a second year of fundraising given the impact the pandemic had on their fundraising efforts. Â With JTâs help, the local charity has;

This yearâs fundraising efforts concluded with JTâs own internal annual Christmas raffle, which included various tech prizes from the Telco, plus some prizes generously donated by the local companies that JT works with.

Whilst money is still coming in from the various events, the yearâs total fundraising and donation efforts between the two is set to reach almost Â£40,000.

Daragh McDermott, Managing Director, JT Channel Islands, said: âWe recognise how large a part Macmillan Jersey plays in the lives of many people in our community and we were delighted to continue our support through 2021, extending our relationship with the charity for a second year. I speak on behalf of everyone at JT in saying how deeply humbled we have been working with the brilliant team at Macmillan. It really has been an honour and a privilege to work with them.â

Steph Gibaut, of Macmillan Cancer Support Jersey, said: âThe team at JT have been a pleasure to work with and have given our charity vital and very generous support during what has been a particularly difficult period. From the word go, JT were full of ideas about how they could support us and what they brought with them made an enormous difference. The videos that were filmed and broadcast over JTâs social media channels reached thousands of people and help us to communicate what we do to a much wider audience. We also now have a fantastic fundraising week in September thanks to JT which we will continue long into the future.â

Please note, some standard annual price changes are happening across JT services, with effect from 25th August 2022. Find out more